Ion Mobility Spectrometry (IMS) is an analytical technology to separately detect gaseous compounds in a mixture of analytes. The separation is based on the specific drift times, that ionized compounds need to pass a fixed distance (drift tube) in a defined electric field

Compared to other techniques e.g. TOF-MS, ions travel at atmospheric pressure versus a flow of inert drift gas. The drift time of each substance is determined by its ion‘s mass and geometric structure, as slowing collisions with the drift gas molecules are more frequent for sterically demanding structures. Therefore IMS can even differentiate isobaric molecules.

For detection, the resulting ion current is measured by an electrometer as a function of time. Atmospheric Ionization of molecules can be obtained by several techniques. G.A.S. uses photoionization with a 10.6eV UV-lamp or soft chemical-ionization initiated by a low-radiation tritium (H3) source (below excemption limits of EURATOM). While the first directly produces positive ions, the latter generates rectand ions with the gas atmosphere by a cascade of reactions following the collision of a fast electron emitted from the β-radiator H3[1]. The so-called Reaction Ion Peak (RIP) representing the total of all ions available is formed. In nitrogen and air, resp., the reactand ions can be descibed as H+(H2O)n and O2-(H2O)n. Chemical ionization of analytes by reactand ions then result in the formation of specific analyte ions, when the affinity of the analyte towards the reactand ion is higher when compared to water. The proton affinity of water is 691kJ/mol, so all molecules with a higher proton affinity will be ionized by proton transfer, which is typically given for all heteroatom-organic compounds. 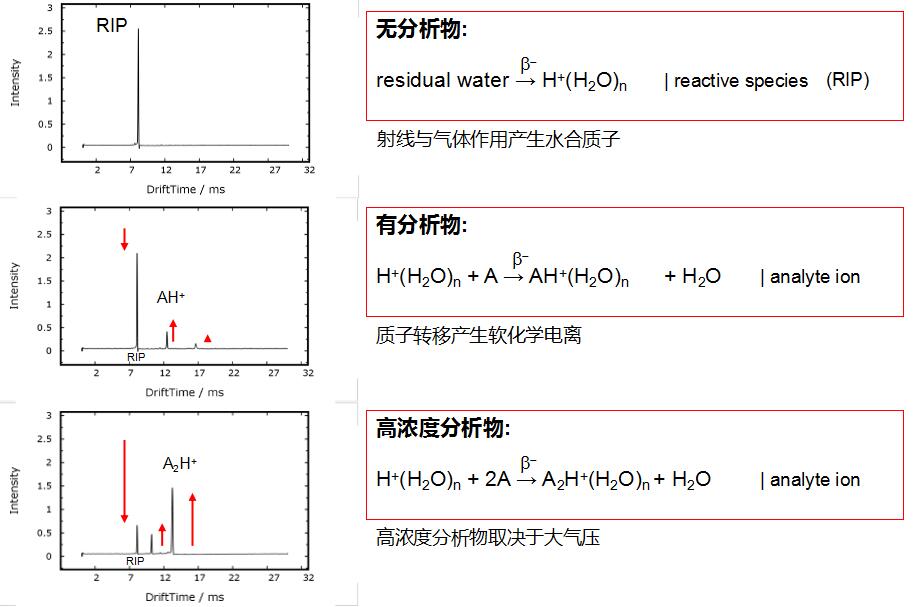 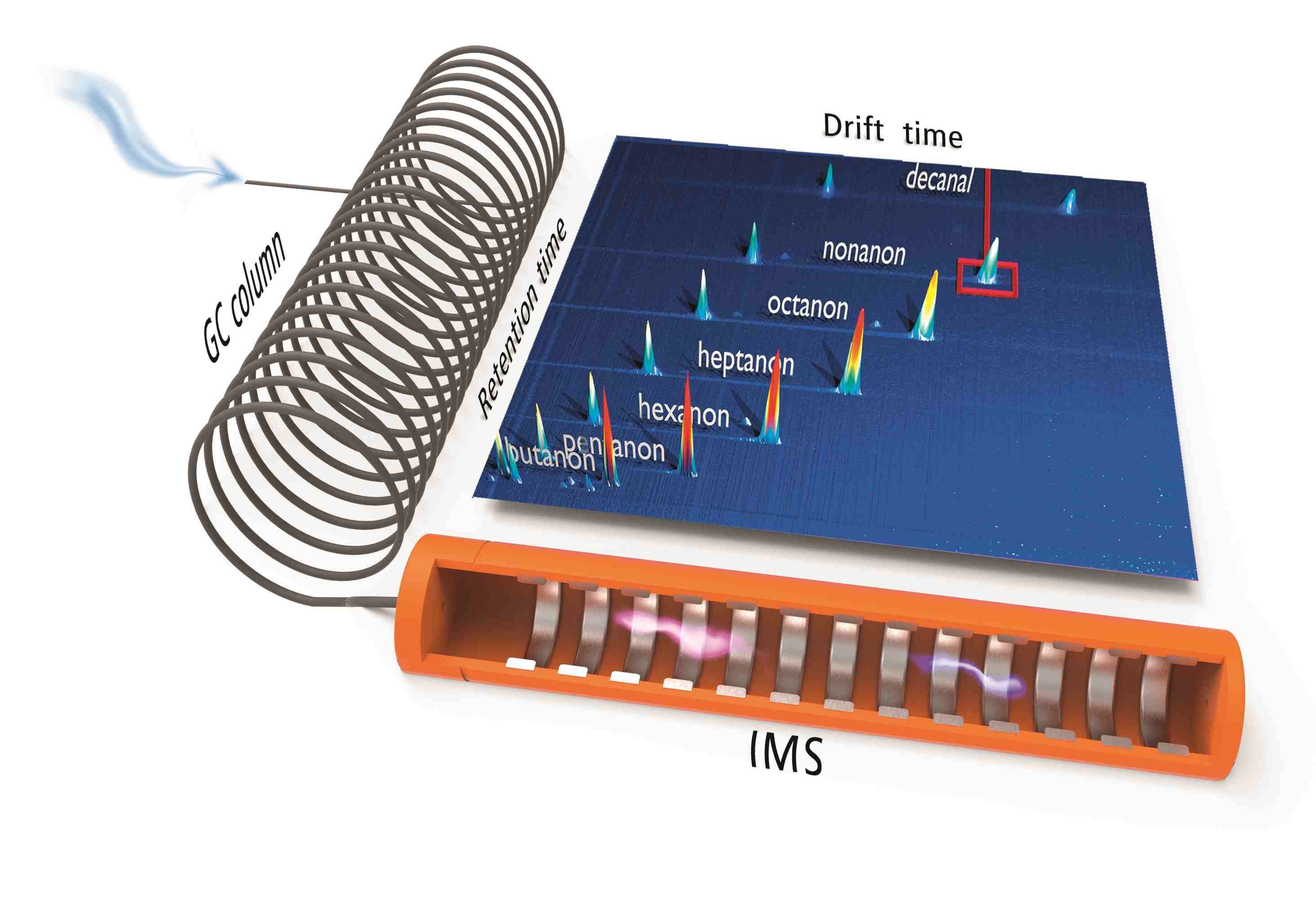 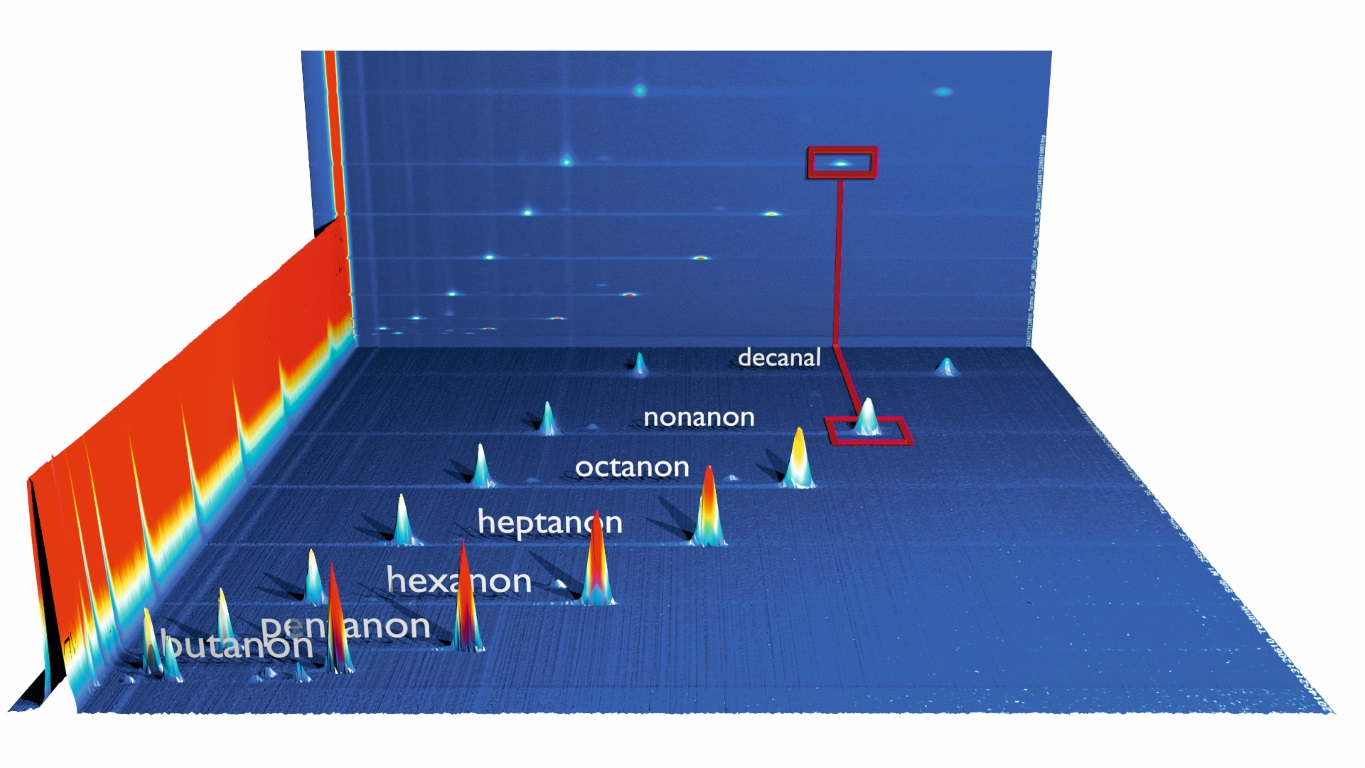